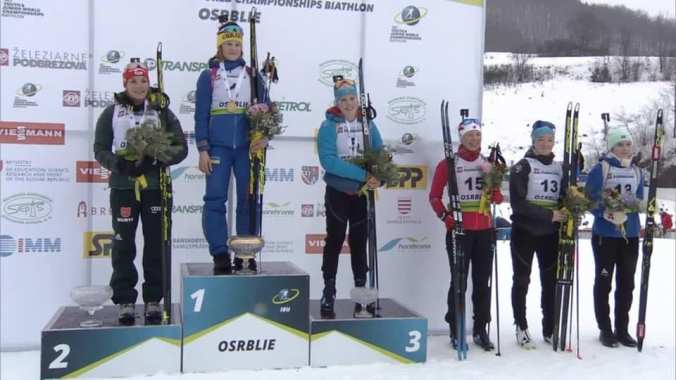 Nadia Moser was so fast in Sunday’s pursuit at the World Junior Biathlon Championships  it was almost scary.

She started 15th, 53 s behind the leader. She was skiing well but chewed shells in her first two prone: two misses in each that pushed her down to 24th. “I knew if I wanted to improve my placing I had to hit the rest of my targets”, Nadia said after the race.

Many thought that was it for her today. But no! She bounced back and cleaned her two standings. So what was suddenly different in her mindset? “I don’t really think anything changed. I just knew that I had to clean the next shootings.” Cool, calm and collected.

Her excellent speed did the rest and she climbed back to an amazing 4th place. Even Martin Fourcade would blush at such a comeback.

Moser is definitely World Cup level material. “I don’t think that my ski speed is WC speed yet, she says. The competition there is at a much higher level than Junior Worlds. I know my shooting will get better eventually. This year I don’t think I will be able to get back to World Cup.”

Get this: Today Nadia was the quickest shooter of them all. In that she really looks like Christian Gow and Scott Gow. She had the fastest Range Time in her two standings, and when taking a close look at her times, it seems she was the second fastest junior on Earth after Sofia Schneider of Germany.

Remember she’s only 21. She will get stronger and more powerful in the next few summers. World Cup racing is only a matter of time in her case.