We’ve written a lot about the CNEPH junior men skiers in the last few days, after their stellar performances over the last week-end. The Quebec armada took five of six spots on the junior podiums in the opening two NorAm Cup events in Rossland, BC .

The junior girls performances are also worth taking notice, as the same three girls stole the show!

Nineteen year old Annah Hanthorn, of Fort McPherson in the NWT, in her first year on the Junior National Team, swept both classic distance events, each time finishing in front of Alberta’s Maya MacIsaac-Jones.

Quebec’s Sophie Carrier-Laforte (Skibec) also had an excellent week-end as she took third place on both days.

We hooked up with sprinter Maya MacIsaac-Jones. After being associated with the CNEPH last year, this season she is back with her Rocky Mountain Racers club.

At 19, she’s already in her fourth year with the Junior National Team.

And she has the physique for the job. Tall, 5’9″, with long strong legs, she was particularly happy to stand out in those distance races.

“I’ve been working a lot on improving my endurance for distance racing throughout this summer and fall, she told Skiplus, so it is really nice to feel like I am back in the mix for distance racing. Having solid results at the start of the season is very motivating, and I’m happy to see that my hard work throughout the training season is paying off!

“The racing and snow conditions were very challenging this week-end, but the race organizers and volunteers from Rossland worked very hard to make the races happen! 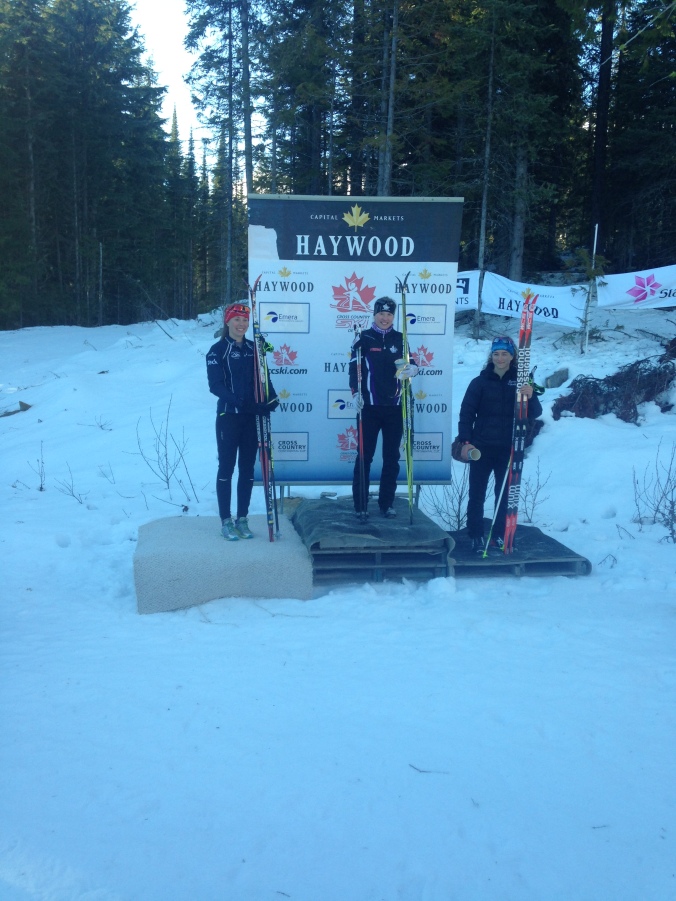 “My primary objective for the season is to substantially improve my distance racing, while maintaining the necessary speed and strength for sprinting. I have struggled a lot with my endurance and distance racing throughout the last 2 years.”

Results-wise, Maya’s top priority this season is to qualify for and achieve a top-15 at World Juniors. A top-15 in Kazakhstan would send her straight into the Senior National Development Team next year.

Last week-end was a good push towards that goal. “I am very happy with my results so far this season, she says. Being 2nd twice in the junior category makes me hungry for more and will help to give me confidence for the upcoming races.” Next stop will be right this Friday and Saturday in Sovereign Lake.

And after that, she’ll look to medal multiple times at Nationals!

And after that, well, the World. And why not?

She’s got the legs and a solid head on her shoulders.