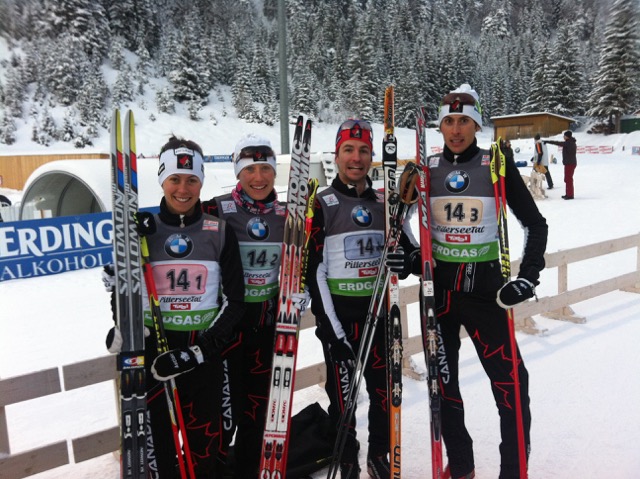 We could be wrong of course, but our strong feeling is that it’s a matter of time before mixed gender racing resurfaces in x-c skiing.

Yep, resurfaces, because there has already been some. “There was a mixed gender relay on the World Cup several years ago, says CCC’s High Performance Director Tom Holland. This was discussed at the FIS meetings in 2013 but has not been revisited since.”

And what better way to create gender equity : have them race together!

And it works. Mixed gender races are popular in biathlon. There is a mixed relay (two women and two men) and in 2015, the International Biathlon Union (IBU) even added a “Single mixed relay” (one man and one woman each completing two legs consisting of one prone and one standing shoot).

Read also:
Gender equality is progressing, but…
On sexism and the image of female athletes

“The IBU has been quite aggressive over the years in introducing new competition formats, says Andy Holmwood, Biathlon Canada’s General Manager. This event is particularly intriguing to nations lacking the depth to make a strong mark in the other relay formats.

“And, it adds another “first-across-the-line wins” competition to the schedule. Such events are much easier to follow, both at the venue and on television.»

“The Mixed relay is great for many things, adds Rosanna Crawford. Attracting fans first and foremost, but also the image of men and women competing together for the glory of their nations is just a great concept that I hope more sports adopt.” 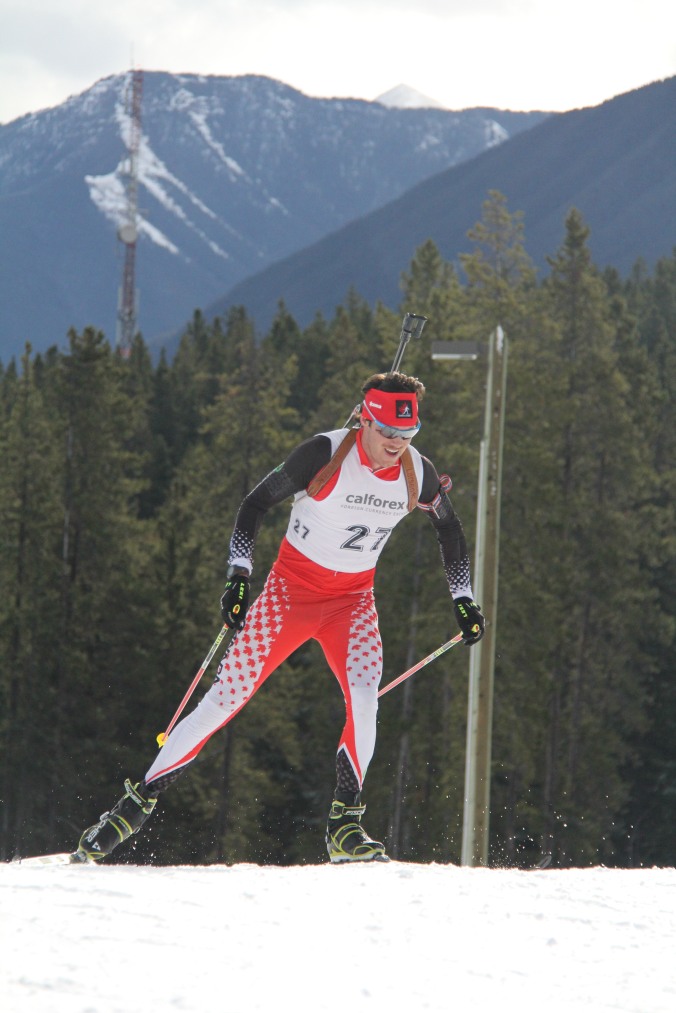 “The mixed relays are fun but often have a little extra pressure just like all relays» says Nathan Smith, who became the first Canadian male biathlete to medal at a World Championships when he took silver in the 10 km Sprint at the 2015 Worlds in Kontiolahti, Finland. He then added the first World Cup gold medal of his career in the Men’s 12,5 km pursuit race at the World Cup event in Khanty-Mansiysk, Russia.

“I approach them the exact same way as a 4 man relay. Often the field is a little more strung out by the third leg because there are less women’s teams that can field equally strong athletes. If things go really well for our women it can become a nice advantage when they tag off to the men.

“The women always go first, and I’ve found that they tend to put even more pressure on themselves to do well than in a 4 woman relay. Usually this is not a good approach to biathlon racing. I think it is getting better and better with more experience.

“The mixed relay in biathlon is a great event for fans. I do think x-c is missing out on that opportunity.”

“There has been some athlete opinion at the WC level that they would like to see mixed gender relay or team sprint events, says  Tom Holland who, may we remind, is also a rep on the FIS WC Committee.

“An athlete survey in 2013 showed that 48% of the surveyed athletes were in favor of the mixed relay and only 27% in favor of a mixed team sprint. The relay is still a very traditional event that grips a lot of national pride in the leading WC nations.

“I am not convinced that this mixed gender races would bring more popularity to cross-country. The upside would be that it would determine who the best overall nation really is in a very inclusive manner.

“In terms of Olympic Games and World Championships, this would mean one less event as the traditional relays would be eliminated; given that the Olympics are likely to have fewer events in the future, this might be a good proposal. I am not sure if men and women want to give up the traditional relays.”

Equity through distance tied to time has worked out well for biathlon, but x-c skiing could very well follow it’s own path. For one, Tom Holland has his ideas straight.

“Women have expressed a desire to race the same distances in flatter stages of Tour events – this seems like a reasonable request. Perhaps it should be considered for at least one race in every WC Tour event. 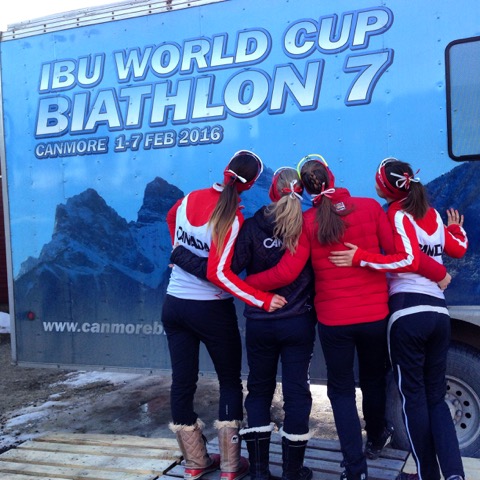 The women’s team from World Champs 2015 is looking forward to Canmore WC in February 2016.

“I think it is inevitable that there will be an event of equal distance in the future for both genders. The 50K would be an interesting start in this direction – this is the marquee WC long distance event. We know from ultra-endurance running events that women excel in these long endurance events. Why shouldn’t the 50K be the same for men and women as it is with the running marathon?

“As a nation, Canada has never excelled internationally in the women’s 30K – in recent history our women have had more (success) in the sprint and middle distances. Of course this can change – it would be good to hear more opinion from Canadian women on this topic.”

Without a doubt, eventually cross- country skiing will not escape sex equality/equity, whether it be through equal distance or time based racing, and mixed gender events.

Even more certain is that it takes determined female athletes, like Sophie Carrier-Laforte, to stand up and be heard.

As in any self-respecting society, gender equality in cross-country ski is not a favour to be granted.