Zina Kocher took a lot of people by surprise when she recently announced that she was making a comeback to try to qualify for the Pyeongchang Olympic Games next February.

Does she really have a chance to make it?

Zina explained her decision to our CBC Sports colleagues.

The thing is, she will face tough opposition for the few places available on the Canadian women’s squad, 2 or 3, at the Olympic Trials to be held at mont Ste-Anne, near Quebec City, January 6th-9th.

Cross-Country Canada (CCC) will bring five women to the Games. Two of them, Emily Nishikawa and Dahria Beatty, already secured their spot while a third one, Cendrine Browne, only needs one more World Cup top 30 to qualify. Cendrine will be on the World Cup team full time this fall and is very likely to pick up the missing criteria before Christmas, in Davos or Toblach. If not, she’ll have to come back to Quebec, where she will be a heavy favorite at the trials.

That leaves realistically two spots for no less than six very strong skiers who will do no quarter!

Before we get back to Zina, let’s see who the opposition is, in alphabetic order. 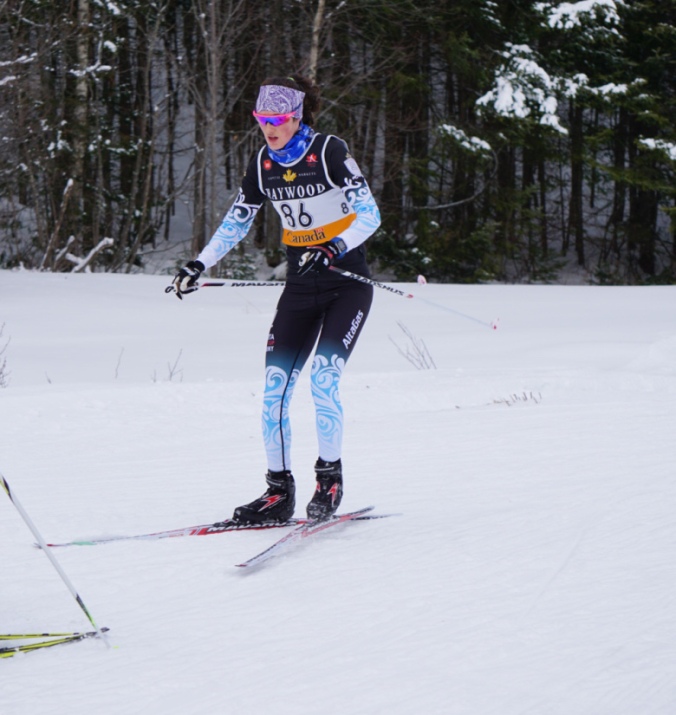 Olivia Bouffard-Nesbitt: Olivia is going through a rough rehabilitation period following a serious neck injury (read here in french). She has worked very hard with specialists in Montreal and is about to return to Canmore to prepare her season with her usual positive energy. Will she be ready in time for the trials? One thing for sure, when we talk about courage, there is no shortage of it with this athlete.

Laura Leclair: A member of the National Junior Team this past two years, Laura is a talented skier entering the senior ranks. On a good day, she can stir things up pretty well and hold her own in the pack. She had a great summer of training and she can’t wait to test her form against the others! Will also try to qualify for the U23 Worlds.

Maya MacIsaac-Jones: Her foot injury got a lot better. She can’t run yet, but she can push as hard as she wants on the rollerskis, so there! She trains intensively and aims to peak at the trials. Very strong all-around skier, which is always a great asset in any national team. Maya is one of the most promising skiers in the Canadian program. The U23 Worlds are also in her sights.

Katherine Stewart-Jones: Her summer training was going great until it got brutally interrupted by a concussion when she fell off her bike. She just started back training lightly and plans to resume intensive training within a few weeks. Katherine is the reigning Haywood NorAm Series champion and, if all goes well for her, exactly what the National Team will be looking for in the classic technique events. Like Maya and Laura, she will try to secure a spot for the U23 Worlds.

Frédérique Vézina: She’s last on this list only because her last name starts by “v”. “Fred” has had a tough career due to several injuries and illnesses. But, at last, she had a full season last year and impressed at the U23 Worlds, finishing 25th in the 10k freestyle and 29th in the skiathlon, and at the Nationals. This athlete has a will of iron. Her summer training is running smoothly and she’s in great form. She won’t go down without a fight.

So where does that leave Zina? Well, not too far from the top. Actually close enough that she must be taken very seriously.

The big question in her case is whether she can assimilate the classic technique fast enough to give her a chance at winning the skiathlon, which will likely be the crucial race for her. There is only freestyle in biathlon and mastering the classic technique is no small task. After the tragic death of her coach Richard Boruta, Zina turned to former national cross-country ski team coach Justin Wadsworth. Yer man knows a thing or two and he’s working with her on “getting by” on the art of kicking the skis, double poling and other aspects of the classic style.

Amongst other races, there will be classic sprints, a 10k classic and a skiathlon at the trials in Quebec. CCC will announce on December 19th what races will count for Olympic Games selection. Due to lack of time, it’s unlikely she would be competitive enough to win a classic sprint. The 10k classic is destined mainly for the jr/U23 crowd as it will be that format at the Worlds, whereas the Games will feature a 10k freestyle. Kocher is already competitive in skate with Canada’s best.

So if she can hang on with the leaders in the classic portion of the skiathlon, when they change into skate skis at mid point into the race, you’re going to see something that will keep you yelling with excitement right to the finish line. 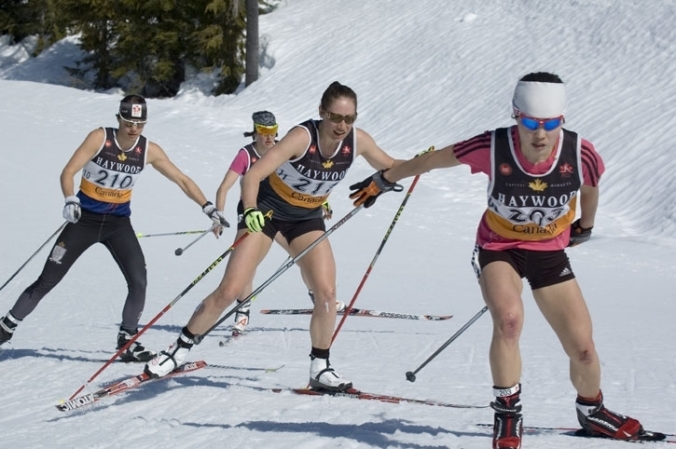 A strong freestyle skier will come in handy for Canada in Pyeongchang. The sprints will be in classic where Canada’s hopes will rely a lot on Dahria Beatty, and the last race, a 30k classic, will hardly see any Canadian in the top 30. But in between, the team sprint will be in skate, then a 10k skate, and then the relay with its two legs of 5k skate. And who is the Canadian champion in the 5k skate? Yup, Zina Kocher. In the absence of the World Cup squad and Cendrine Browne, who would pretty much be guaranteed one of those two skate segments if she qualifies.

Unless CCC says so on December 19th, winning the skiathlon would not necessarily mean an automatic ticket to Pyeongchang, but it would help greatly!

Kocher is skiing without pressure, which is dangerous for her opponents. She can bite. She has already proven all that she had to prove in her brilliant career as a biathlete. She’s doing this in honour of Richard Boruta.

Plus you should never neglect an athlete who has participated in three Olympics and twelve World Championships.

Beware of the dog!